Mexico Could Make History By Treating CBD Like A Supplement, As It Should Be 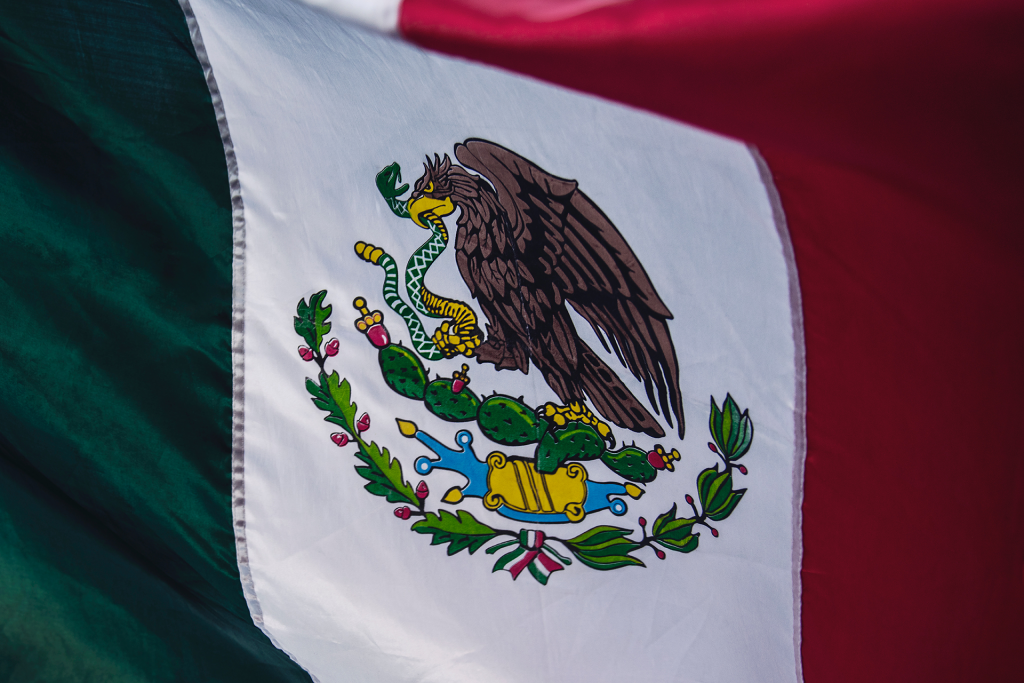 Mexico Could Make History By Treating CBD Like A Supplement, As It Should Be

Proposed law would permit both recreational and medical cannabis use

As Mexico transitions to a federal medical marijuana program, lawmakers’ leeway toward cannabidiol (CBD) could help the so-called “miracle” compound become as common and low-drama as vitamins and minerals.

Last year, Mexico drew international attention when its government moved to legalize medicinal marijuana, perhaps using a more direct path than its neighbors to the north. On June 19, 2017 President Enrique Peña Nieto signed a bill into law that officially legalized the cultivation, production, and use of medical cannabis products with less than 1% tetrahydrocannabinol (THC) in Mexico.

Known for its psychoactive effects (and some related therapeutic uses), THC is one of at least 113 chemical compounds known as cannabinoids that are found in marijuana and hemp (both belonging to genus cannabis) and may stimulate the body’s endocannabinoid system in various ways.

Both THC and CBD are found in higher quantities in marijuana than in hemp, but unlike its chemical cousin, CBD has been shown to be non–intoxicating and to have fairly astounding applications — potential and otherwise — for preventing and treating numerous health conditions. And while THC (for all its strengths) can have negative effects for some users, science has deemed CBD almost unavoidably benign.

In the United States, unlike Mexico, CBD products have been marginally legal under federal law for decades, but only in low concentrations and if derived from (lots of) hemp, and not the more potent marijuana; until pretty recently, hemp has frequently gotten a hard time from lawmakers, too.

As a result, U.S. products claiming to contain CBD have been significantly under-regulated, inconsistently enforced, and effectively unavailable to most would-be patients and preventative users — despite the fact that studies increasingly suggest that many or most of us should consider it as an option for our personal health regimens.

According to Raul Elizalde, President of HempMeds Latin America, Mexico’s distinctive new law will give producers the freedom to start putting CBD in everyday health products; it could also give consumers unprecedented access to this seemingly healthful substance.

“A good point about this regulation in Mexico is that any product with a THC concentration higher than 1% can still be registered with the government, and sold as a prescription,” Elizalde commented by phone.

“But the best part is that [cannabinoids] with below 1% THC content can be in medicine, supplements, lotions, food, anything. This is very, very good for our country, and I think we’re one of the very first in the world to take that path.”

Even setting aside its compelling health uses, “The Mexican government understands that CBD is not a danger to public health, so regulating quantity just doesn’t make sense,” Elizalde said. “Usually people take around 60 mg per day for medicinal purposes, but studies showing no health risks have tested dosages of up to 250 mg per kilogram weight of the patient before researchers basically gave up. But you don’t see products like that.”

In other words, someone who weighs a little more than me could rest easy consuming 15,000 mg of CBD a day.

Spending anywhere from $800 to $1500 in the current market for that dose and (depending on the product) consuming that much volume could still be unsettling, though.

At this point in our understanding of CBD, Elizalde said, governments and the public need to be aware of the level of safety and medical value that science has established — and to learn to separate their ideas of medical and recreational marijuana products.

For one thing, he said, medical patients are still being hurt due to stigma and hesitation (variously warranted or not) around recreational marijuana, as both a product and an industry. “Medical and recreational are totally different,” he said. “Nobody buys CBD to get high, nobody buys it to try to abuse it, and the only thing that will happen if it’s scheduled [as a controlled substance] is that it will become a black-market drug.”

Elizalde explained that he himself didn’t know much about marijuana’s medical value until his family had a need for CBD, but no way to get it in Mexico. “I was not involved in the cannabis industry or movement, I came from a very conservative family, but my daughter suffers from Lennox-Gastaut syndrome, a very hard kind of epilepsy,” he said.

While his young daughter Graciela suffered nearly 400 seizures per day, he and his wife were “desperately trying to find a treatment that worked,” Elizalde said. That included all the anti-epilepsy drugs on the market, including new ones in development, and even brain surgery, but nothing helped. And then they came across CBD, which has shown significant ability to reduce epileptic seizures, and fought a court battle to allow them to import it from the U.S. to Mexico.

In 2016, the family won their case, and started importing CBD to supplement Graciela’s other medications, at it’s often used. Graciela is doing “much better” with the added CBD, and the reduction in seizures was quickly “very good,” Elizalde said: rather than 400 seizures a day, Graciela now experiences closer to 20.

“When we started treatment, she could not even go out to dinner with us; every 30 minutes, she was having a crisis,” Elizalde said. “Now she’s showing improvement in her physical therapies, in her swimming lessons, in her interactions with her sisters — she can now look her parents in the eyes.”

“It’s something I never believed was going to happen, and less so with a supplement. It changed her life, but also mine and my whole family’s.”

Regarding CBD’s role as a medicinal treatment or supplement, Elizalde also pointed out that “medicinal” and “pharmaceutical” don’t mean the same thing, nor should they under the law.

“In the future, we will have medicines that use CBD, but it will not be limited to medicines. That’s the way it should be,” he said. “Just like Vitamin C: you can find it in medicines, but also supplements and oranges.”

“If you [consume] Omegas, this will help with your brain. If you take Vitamin C, it will help with your immunity. CBD is something that has been studied for reducing inflammation, anxiety, seizure, pain, and if you only allow its use as a drug, you will limit its benefits to only a few persons.”

Elizalde said that regulating CBD as a medicine would limit the number of products out there, and likely result in only one or two pharmaceutical companies getting to sell it as a medicine by prescription.

“I know some pharmaceutical companies try to register CBD, but you could always sell hemp oil, which has CBD, so it’ll be a matter of legality and how you sell and market your product.” He continued, “You can’t own something that’s botanical, and having a patent on a botanical system or molecule is almost impossible.”

At present, access to CBD and other marijuana products in Mexico still remains limited despite last year’s legal change.

Voice of San Diego reported in March, “Currently, Poway-based Medical Marijuana, Inc. is the only company from which Mexicans can get legal permits to import cannabidiol or CBD products with a doctor’s prescription. In 2016, it started a Mexican subsidiary, HempMeds Mexico, to lobby for broader medical marijuana regulations in the country.”

Since California legalized adult recreational on January 1, 2018, many Mexicans living near the border have also been taking advantage of the state’s easier access to different marijuana products, the site reported.

Going forward, however, Elizalde and others are hopeful that Mexico will be able to cultivate a thriving medicinal and recreational marijuana marketplace, as well as start to repair the decades of damage caused by the cross-border drug war.

“In a country where we have suffered so much from drug violence, we know that drug policy is wrong. Last year, our president said that drug policy has failed,” Elizalde commented. “I think we need to do something different, and maybe that difference is to make marijuana recreational, make it legal, so that states could regulate it, and promote regulation over prohibition.”

Following Mexico’s recent presidential election, and some supportive deliberations about CBD by the World Health Organization, Elizalde and others have the chance to get their wish, though the work’s not done yet.

Olga Sanchez, the proposed interior minister for López Obrador, said that an integral part of the government’s security strategy will be “transitional justice,” which “typically involves leniency for those who admit guilt, truth commissions to investigate atrocities and the granting of reparations for some victims,” Reuters summarized.

Sanchez also told Reuters, “Not only will it be amnesty, it will be a law to reduce jail time … We will propose decriminalization, create truth commissions, we will attack the causes of poverty, we will give scholarships to the youth and we will work in the field to get them out of the drug situation.”

In the mean time, businesses, patients, and recreational users on both sides of the border will likely be watching Mexico’s progress closely. And perhaps waiting to see which way the wind blows before they distribute seeds, or light up.

Given the present out-of-pocket cost for a few weeks’ worth of modest CBD doses, which a family member of mine takes to supplement her pharmaceutical (and insurance-paid) seizure drug, I’ll definitely be among them.